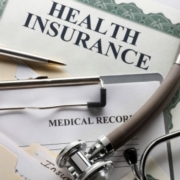 Obamacare Moving Ahead Despite Setbacks

On July 2nd, the Obama administration announced a one year delay in implementing the requirement that large employers, those with 50 or more employees, provide employees health insurance or pay a fine. The delay is an embarrassment to the administration and follows delays in implementing small business insurance exchanges in most states and abandoning the Affordable Care Act’s long term care program altogether.

Nevertheless no one should doubt that on (or perhaps near) October 1st, 2013, insurance exchanges in each state will begin the process of enrolling people in health insurance programs effective January 1, 2014. Millions will be eligible for premium subsidies and in those states that embraced the expansion of Medicaid, many eligible individuals will qualify for expanded Medicaid coverage.

The primary objective of the Affordable Care Act is to reduce the ranks of uninsured Americans. In spite of the legislation’s flaws and passionate opposition, it has survived a Supreme Court challenge and a presidential reelection. This latest delay, although a delight to those opposed to Obamacare, does not alter the requirement that almost all Americans must prove they have coverage in 2014 or pay a fine. Let’s not forget that compared to other countries, 16% of Americans don’t have health insurance, which is a dismal statistic. Also, millions of taxpayer dollars have been spent on implementation of the state exchanges or marketplaces is the administration’s priority.

Will this be messy? Yes.

Will experiences vary by state? Of course.

The era we are facing now is often compared to implementing the Medicare Part D program (outpatient prescription drug benefit) in the fall of 2005. That is a sensible comparison because Part D initial enrollment began November 15th for a January 1st effective date and was messy and confusing.
The challenges for 2014 are even more significant. After all, Medicare Part D only addressed outpatient prescription drug coverage for those already on Medicare. A key challenge implementing Obamacare is enrolling many who have never had coverage and know little about coverage. This challenge should not be underestimated because few people tend to understand the nuances of their own coverage, the complexity of the field, or what to do when losing coverage for the first time.

Can We Afford Obamacare?

That is the ultimate question. Affordability is the vexing healthcare issue of our time because affordability is often the direct cause of one’s decision to remain uninsured. As far as individual premiums are concerned, this legislation may result in higher premiums for many who don’t qualify for subsidies. How many will choose to enroll versus pay a penalty? Only time will tell.

Our immediate focus must be on getting more Americans covered rather than celebrating every setback associated with this overly ambitious law.

American taxpayers have invested vast resources to bring us to this point. It’s time to execute and attempt to make this law work.

How to Register for Webinar

Go to www.healthcarenavigation.com and from menu on top click Webinar. Chrome is the recommended browser to use.

On the right-hand side of the new page that says “Register,” enter your email address and create a user name and password. Password is case sensitive and must be eight characters.

Click Register at the bottom to open new page and select your webinar date and time and make payment.

Save your password and username to log in again on the date and time selected. We recommend logging in five to ten minutes ahead of the scheduled start time.

Log out on the left side of the page.
Please email info@healthcarenavigation.com with any questions. Should you have difficulty logging in and the problem isn’t resolved before your scheduled webinar, you will be able to schedule at another time at no additional cost.